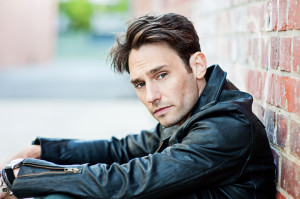 Justin Burford will be one of several incredible WA-based artists to perform at the 2014 Perth Symphony Summer Proms Concert: Symphony by the Lake. Justin recently joined the strings from Perth Symphony at a family concert for the Town of Claremont performing hits by INXS, Lou Reed and John Lennon. Whilst discussions are still taking place to decide which songs Justin will front at the concert, our money is on Lennon’s “Imagine” after the reception he received at the strings concert. We will be sure to announce his chosen song very soon so BOOK NOW to secure tickets to hear Justin in action with the Perth Symphony Orchestra!

Over the past 10 years, Justin has carved out a legacy for himself, releasing three records, earning platinum sales and receiving a multitude of awards including two ARIAs.

More recently, Justin has turned his eye to acting and played the lead role of Drew in the Australian production of the Broadway smash-hit musical, Rock Of Ages, for which he was nominated for a Helpmann Award. The Age described Justin’s singing voice as akin to “honey with gravel in it” and his performance received a five star rating in their review.

In 2012, Justin wrote and performed in his own show KURT that was premiered at the Adelaide Cabaret Festival. The show was a smashing success, playing two sold out nights and receiving consistently glowing reviews. 2012 also saw Justin moving over into the field of screen acting; landing the lead roles in three short films before writing and performing in his own black comedy short, See You Next Wednesday, due for completion 2013.

This year will also see the completion of Justin’s first feature film. Justin won the lead role of Jesse Milton in the locally produced supernatural thriller, Foreshadow. He has also made an impact with his guest appearances on up coming web series productions, The Legend Of Gavin Tanner and Super Dingo 2.0 as the delightfully villainous, light sabre swinging Garth Roth.

In his rare stints of down time, Justin enjoys the arts and is currently working on a series of paintings for his own show. Music however, will always be a passion for Justin and he can still be found performing solo acoustic shows at local venues with an eclectic mix of his well known originals and favourite covers.

Symphony by the Lake 2014 returns!