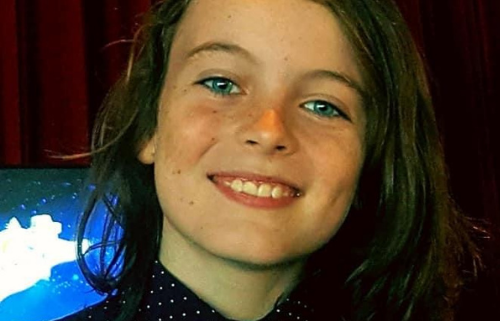 Through gorgeous animation and an incredible orchestral soundtrack, The Snowman tells the story of a young boy’s adventure with a snowman who comes to life on Christmas Eve. The young at heart will remember the film’s famous song, ‘Walking in the Air’, which Perth Symphony is excited to perform alongside phenomenal boy soprano, Jimmy Jurjevich.

‘I enjoy drama and entertaining people, and I love singing because [the voice] is such a portable instrument. You can sing almost anywhere and your instrument is always with you. I’m very excited to perform with such talented musicians, but also slightly nervous.’

‘Walking in the Air’ was originally recorded for the film in 1982 by English operatic tenor, Peter Auty, who was then a 13-year-old chorister at St Paul’s Cathedral. While Auty went on to have an amazing career working with many major opera companies across the UK and Europe, the talented young singer missed the opportunity to re-record this magical song for a Toys R Us commercial in 1985 because his voice had already broken.

Another angelic voice was found in Aled Jones, a teenage chorister at Bangor Cathedral in Wales. Jones’ cover of ‘Walking in the Air’ became a hit single, reaching No. 5 on the UK charts in 1985. By the time his voice broke at 16, the young singer had performed at royal events and celebrity weddings, recorded 16 albums, and presented numerous children’s television programs. Now a baritone, Jones enjoys a multifaceted career as a television and radio presenter, recording artist and theatre performer.

As boys only have a soprano vocal range for a very brief period in their singing careers, performing this song with a live orchestra might be considered a once-in-a-lifetime opportunity. However, Jimmy performed this sublime solo for the first time in 2019 after winning Perth Symphony’s ‘Search For A Star’ competition. On a mission to celebrate WA’s emerging local talent, PSO couldn’t wait to have the young superstar back again, and Jimmy joined the orchestra in 2020 for Romance on the Green and Santa’s Symphony in the Park.

‘Singing is just a different way to tell a story and make your audience feel something – hopefully happy!’

Jimmy ‘the snowman’ at age 7

Jimmy at his first performance of The Snowman in 2019.

A member of Trinity Chorale and West Australian Young Voices, Jimmy already has two WA Opera productions under his belt, and made his theatre debut this year as Benji in Priscilla Queen of the Desert. The 12-year-old Trinity College Vocal Scholar was also involved in the recent AWESOME Festival, singing in the chorus for Koolbardi wer Wardong. Inspired by his school music director, Dr Robert Braham, Jimmy already has plans to study music at university and aspires to have a full-time career as a musician.

‘I started singing lessons when I was 8, but I’ve been singing since I was very little. I’m also learning the violin and would love to learn the harpsichord too because I really like its sound.’

When he’s not singing or playing his violin, Jimmy enjoys hanging out with friends, playing video games, Dungeons and Dragons, and watching comedy series on TV. He also loves listening to classical music – his favourite piece at the moment is Vivaldi’s E-flat Major Violin Concerto.

Perth Symphony is so proud to help catapult the careers of talented young locals like Jimmy.

Perth Symphony is taking Mozart on the road to Red Earth