November 13 marks the 10th anniversary of the orchestra’s very first performance back in 2011. Do you remember the gig?

It was the inaugural Symphony by the Bay, conducted by Jessica Gethin. We played Ian Grandage’s fanfare All that Glisters, as well as all the orchestral hits: 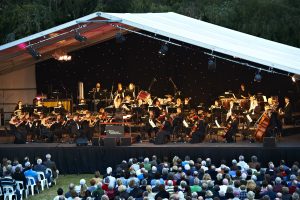 Sara Macliver sang Haydn’s Al tuo seno fortunato and Strauss’ Laughing Song, before unveiling her incredible versatility with I Could Have Danced All Night and I Got Rhythm. Guitarist Ray Walker then joined her on stage to perform Fields of Gold.

The orchestra also performed the soundtrack from the TV series Merlin, which was co-composed by West Australian composer, Rohan Stevenson. Perth Symphony has celebrated local talent (on and off the stage) from the very beginning.

PSO’s first ever concert concluded with compere, Alan Lorenz, firing a cap gun at the end of Tchaikovsky’s 1812 Overture.

In February 2012, PSO débuted at the Leeuwin Concert with Marina Prior and David Hobson: a concert that was critically acclaimed and extremely well received by the public.

Since the amazing success of the orchestra’s launch 10 years ago, Perth Symphony has:

An orchestra is probably one of the most magnificent, exciting, majestic bands on the planet – it’s as futuristic as it is historic. One of the reasons why Perth Symphony exists is to change people’s perceptions of what an orchestra does, challenge traditional stereotypes, and to remove the barriers that prevent people from experiencing incredible live music.

Thanks to Perth Symphony’s sponsors, donors and volunteers, it has been such an incredible journey from rule-breaking start-up to thriving 21st-century orchestra. And of course – a huge thank you to all the amazing PSO audiences throughout the state! 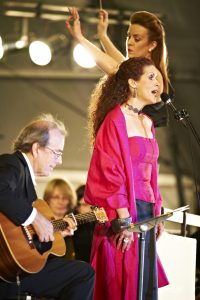