For a very long time, the classical music world had no place for women in the orchestra, let alone on the podium. 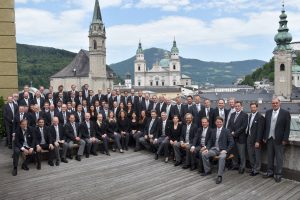 The culture of classical music is so bound by tradition and 19th Century values that these orchestras are put on a pedestal, despite their lag in gender equity, and are revered by music institutions around the world.

It’s hardly surprising that in 2021, fewer than 5% of the world’s major orchestras have a woman as their chief conductor. According to an article published by Classic FM last year, only 8 of the world’s top 100 conductors are women. While this is an improvement on recent decades, we are still a long way from gender equality in classical music.

Known for changing perceptions and challenging the status quo, Perth Symphony is on a mission to elevate the position of women in classical music. By creating a safe and supportive space for women to learn the art of conducting, the orchestra’s Women on the Podium program removes one of the biggest barriers to participation. 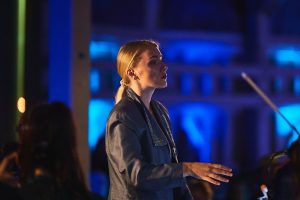 The program not only equips talented local musicians with the confidence required to excel in this male-dominated field, but it also provides them with real opportunities to stand on the podium to conduct singers, small ensembles, and even a full symphony orchestra.

While women are still dramatically underrepresented in arts leadership roles, seeing other women on the podium makes a career in conducting seem more accessible to women, and inspires them to follow. 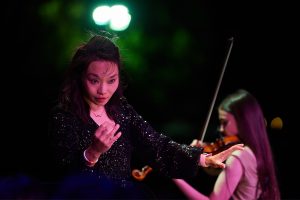 The success of Women on the Podium has led to something utterly unique happening here in WA. With the program in its 5th year, it seems Perth now has more women conductors than men.

Two of this year’s Advanced Program participants, Kate Milligan and Elise Chong are conducting major works for PSO, while previous participant, Jen Winley, has recently been appointed Assistant Conductor of the West Australian Symphony Orchestra. With several participants  already setting up their own ensembles or launching businesses, the program is building its own legacy of music making and changing the face of the Arts in WA. 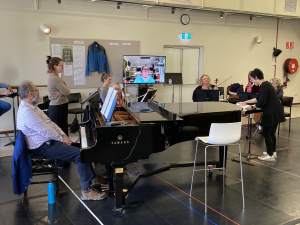 Perth Symphony’s Women on the Podium initiative offers Beginner, Intermediate and Advanced groups to meet the needs of conductors in various stages of their career development.

The women selected for the Advanced and Intermediate groups already have considerable conducting experience and many hours of tuition under their belts. To advance their development, it is essential that they cover different genres and work with a variety of arts companies.

So far this year, the participants have: 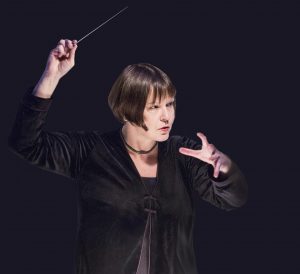 Alice Farnham, Artistic Director of Women on the Podium

In the lead up to Christmas, details will be finalised for the Beginner’s Weekend, while the Intermediate and Advanced participants will:

When women are constrained from reaching their full potential, that potential is lost to society as a whole. – “Frequently asked questions about gender equality”, United Nations Population Fund

To eliminate another one of the major barriers to women seeking this kind of training, Women on the Podium is free of charge to successful applicants. This is made possible by the Women’s Conductor’s Circle, a group of remarkable women who have generously contributed funds to help advance the career and development of female conductors in Perth.

In addition to these annual donations, Women on the Podium is funded by the Department of Local Government, Sports and Cultural Industries, Wesfarmers, and the Minderoo Foundation. In 2021, Perth Symphony is incredibly grateful and proud to invest $100k into the program.