Although these two amazing people have been on board with us for the last few months, they’ve been head down busy with work.  However it’s about time we introduce you all to our expanding team! We thought what better way than to have them send in a few fun answers so that you get to know them better! 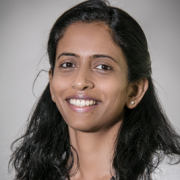 Next up, Louise our Admin & Librarian Assistant

A series of playlists, curated by the eclectic taste of the Perth Symphony musicians and admin team, and YOU!  A way to share our musical knowledge with you and to discover new, fabulous music. Fun and serious suggestions all welcome – classical, contemporary, jazz, folk…. we’re all ears!

To kick off the series, our first playlist is “Music for Heroes“, celebrating all those working on the frontline and in support services keeping us all safe and healthy through this crazy pandemic.

You can listen to the playlist on Spotify (below) and don’t forget to send us any piece you think is missing via our Facebook or instagram.

It’s got everything from Bowie to Beethoven, a real mix of music, you can really hear the bravery through the music!
Music has an amazing ability to sweep you away and take you on a journey, all while staying home – perfect for this time of social distancing!

We all know how good we sound when singing in the shower, so why not let your instruments experience that same amazing reverb? Not to mention the selfie-worthy lighting that bathrooms offer.

Time for a bit of fun…

In the lead up to Bach’s birthday (31st March) and along with PSO violinist Julia Watson’s #Bachaday campaign, #BachintheBathroom is designed to inspire everyone to pick up their instruments, encourage connection through music and social distancing through practise.

Perth Symphony is asking musicians around WA and the world, of all skill levels to simply take a video of themselves in the bathroom, playing their favourite piece of music by Johann Sebastian Bach.

Join the campaign by –

Take this as seriously or as silly as you like – we’re expecting everything from stunning, virtuosic solos to fun videos with musicians in shower caps and bubble baths! How creative can you get, while distancing yourself at home?

We can’t wait to see all the videos, and hope that by preparing and sharing these videos, musicians will pass this isolating time a little quicker and bring joy and smiles to all those (digitally) around them.

With the rise in precautionary measures encouraged by the government and the WHO, Perth Symphony has decided to limit the number of staff working from its office in Cottesloe.

We feel fortunate to be in a position where the majority of our work is computer based and our staff have the flexibility and possibility to work from home. We know this is not an option for many workers in the service, hospitality and medical industry, amongst others.

Perth Symphony staff will be working remotely where possible, therefore those who need to collect or drop off items to the office are asked to call Production Co-ordinator Ariane before arriving at the office. Ariane can be contacted on the office line – 9384 5060, or on her mobile – 0466 124 527. Please give Ariane as much notice as possible if you need to visit, and please note our office hours for this period have adjusted to be 9am – 5pm.

All other staff member’s contact details are available HERE should you with to email them directly. Please note that quite a lot of our staff are part time, so we appreciate your patience and are looking forward to working through this crazy time with you all.

These are really interesting times for the arts and events industry and while we would love to continue to support and give our musicians work, and give our patrons some artistic relief in the form of music, the health and safety of our musicians, patrons, volunteers and staff is something we take very seriously.

In light of this, and the recent announcements banning indoor events of 100 people or more, we have made the following changes to our upcoming program:

Those with tickets to Sound & Waves will have been contacted by earlier this week. Please feel free to email us (at ) if you did not receive communication.

Those with tickets to STARDUST: the Music of David Bowie will have been contact by Ticketek. Please feel free to contact Ticketek directly should you have any queries regarding this.

If you have any general queries regarding upcoming concerts or performances, please email

We thank you all for your patience in responding to emails with regards to tickets in this busy period, and for your understanding with the change in dates as above.

We look forward to bringing you more live music later in the year once this madness passes, and in the mean time, please stay connected! Feel free to follow us on Facebook and instagram for engaging and interactive content in this time where we are being asked to socially isolate – thank god for technology and social media!

As you may already be aware, the government has banned all events of 500 people or more due to the COVID-19 pandemic. While our Sound & Waves concert was expected to have a maximum capacity of 400 people (inclusive of all patrons, musicians, volunteers and staff), this morning we have made the difficult decision to cancel this performance.

While we wanted to push ahead to support our musicians, and offer our patrons some artistic relief in this crazy time, we believe this is the best option for the safety of our patrons, musicians, staff and volunteers.

All those who had purchased a ticket will have been contacted via email on the email address used to book the tickets.

Please don’t hesitate to get in touch () if you have any questions or if you are a ticket holder and did not receive an email this morning.

In true Perth Symphony style, expect some fun, exciting and interactive social content for everyone to enjoy from the comfort of your own home, so please tune into our Facebook and instagram pages.

Today we celebrate International Women’s Day: a day where women across the globe unite and take a step forward, together.

Women on the Podium is an initiative created by Perth Symphony which paves the way for female conductors and leaders in music. From orchestral conducting to goal setting to media training, the program is designed to give participants the encouragement and confidence to take on this male dominated industry.

Dedicated to seeing more women on the podium, we’re so proud and inspired by those who have participated in this program so far. Take a look as we stand for WOMEN EQUALITY. #EachforEqual #IWD2020 #InternationalWomensDay

🔉What you’re listening to 🔉🎶 Ferchensee by West Australian composer Olivia Davies, performed by Perth Symphony Orchestra, conducted by Jessica Gethin. This stunning piece for orchestra – emotive, programmatic, beautiful, featuring the harp and strings – was the winner of the 2014 Perth Symphony inaugural composers competition and was premiered at Symphony by the Lake (March 2014).
Listen to the full recording here.

Vote for your favourite Bowie song and help us raise money for the Royal Flying Doctor’s Service!

In 1990, David bowie announced his Sound+Vision tour where the public got to choose the songs included in what was billed as a Greatest Hits tour. People voted by telephone poll stretching from the Pacific to Japan and all profits from the calls went to charity.

In homage to this famous tour, we are asking YOU to vote for the song you most want to hear in STARDUST: The Music of David Bowie.

We encourage everyone who is voting to make a donation, with proceeds shared with Royal Flying Doctor Service of Australia. We premiered our David Bowie show at their 90th Anniversary Altitude Ball in 2018 and it was an incredible night.

Life on Mars, Heroes, Let’s Dance!.. there are so many iconic songs to choose from!

Perth Symphony brings back its hugely successful ‘Women on the Podium’ initiative in 2020. The first of the two weekend-long programs takes place at St Mary’s Anglican Girls’ School from Friday 28th February to Sunday 1st March.

Women on the Podium in 2020 is made possible thanks to funding from the Department of Local Government, Sport and Cultural Industries (DLGSC), The State of Western Australia, the Minderoo Foundation and generous donations from Perth Symphony’s Women’s Conductor’s Circle.

Building on the 2019 program, a strong pool of applications were received from women aged between 17 and 60, from across Australia, some having previously studied in Europe and Russia. 12 applicants were chosen to take part in the program; however, it will engage almost 30 women throughout this weekend alone.

Alice Farnham (Founder of the ‘Women Conductors’ program in the UK) once again comes to Perth to join Jessica Gethin (Inaugural Fellow of the Dallas Institute for Women Conductors) as a mentor. The participants will also receive training in areas such as body movement, goal setting and media training, designed to give them the skills, encouragement and confidence to take on this competitive and male dominated industry.

“A huge amount has happened during the past five or six years to normalise the idea of women on the podium” says Alice Farnham, “Less than 20 years ago I was told by a male Swedish conductor that women couldn’t conduct because ‘their breasts get in the way.’ Just 6 years ago a well-known Russian conductor was quoted as saying that ‘a cute girl on the podium’ is distracting to the players.”

Women on the Podium Ambassador Jessica Gethin explained why these programs are essential to challenge stereotypes and broaden perceptions, expressing how “it often felt like I had to prove that women could conduct rather than working on how Jessica conducts! My experience in Dallas showed me how being surrounded by other conductors who were women allowed for greater artistic development.”

Complementing the #EachforEqual theme of International Women’s Day 2020, this initiative aims to improve situations for future female conductors by providing a supportive and encouraging environment for them to learn and harness their skills, not just in conducting, but in musicianship in general. Farnham concluded by saying that she very much hopes “that a program like this won’t be necessary in 10 or 20 year’s time.”

Previous participants have gone on to be accepted into other competitive conducting programs across Australia, conducted recordings with a Western Australian Academy of Performing Arts Symphony Orchestra and had their eyes opened to a passion and career option they had never previously considered.

We are looking forward to a fantastic and inspiring weekend! Special thanks to St Mary’s Anglican Girls’ School for hosting us again this year and lending us their fabulous facilities.

Whether you surf, swim, fish, sail, or simply love spending summer evenings by the beach, this concert will awaken your connection to the ocean.
Intertwined with beautiful classical pieces inspired by the sea, Sound & Waves will feature uniquely Western Australian stories.
Hear the enchanting tales from;

Lesley Meaney – The FIRST woman ever to swim the Rottnest Channel. 🏊‍​🎖
​In 1969 she decided to take on the challenge and swim 19.7km from Natural Jetty to North Mole.

Peter Dudding – A Merchant Captain 📦🚢
A life at sea, Peter shares his experiences and stories about his journeys to the deep oceans.

Charitha Pattiaratchi –  A Professor at UWA Oceans Institute 🐟🧪
Dedicating his life to uncovering the mysteries of the deep blue sea. ⁣ A leader in his industry, he was even part of the search for the missing MH370 flight! ⁣

John Longley –  America’s Cup Champion in 1983 🏆 ⛵
From being a young boy sailing in dinghies on the Swan River to winning the America’s Cup, a title defended by the United States for 132 years!

Sound & Waves is on  Wednesday 25th of May at B Shed, Fremantle.
Get your tickets, here.

Stardust: The Music of David Bowie