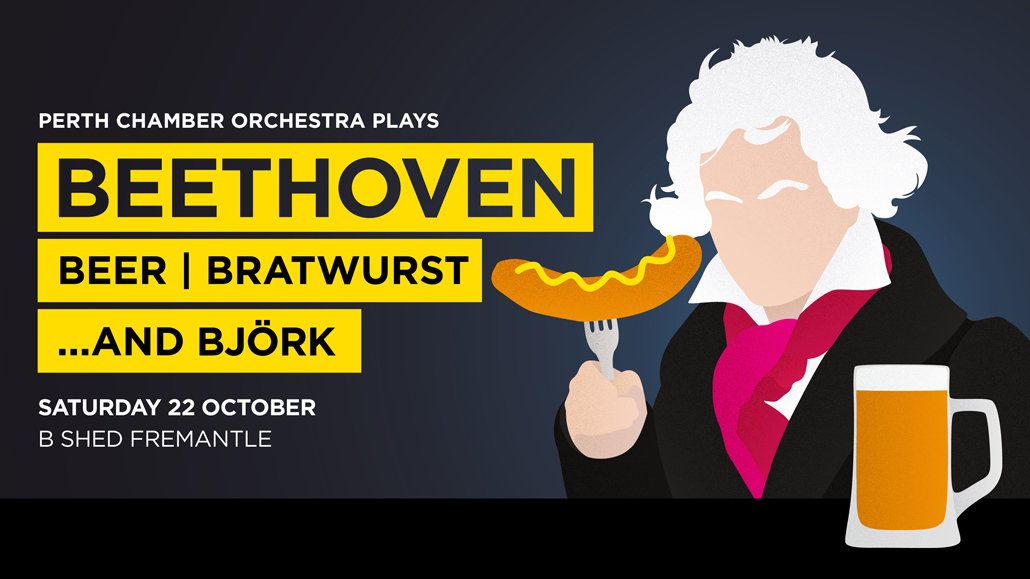 If you like your Beethoven rustic, your Bjork intimate and your Bratwurst smothered in dijon, then this next instalment by the Perth Chamber Orchestra is definitely for you!

Get your tickets today!

The PCO, fresh from a sell-out ‘Bach by Candlelight’ at St George’s Cathedral, is straight into its next concert featuring a feast of the music of Beethoven along with many more surprises.

The orchestra last performed Beethoven at Fremantle’s B Shed in 2013 in a sell-out performance that drew a rave review from The West Australian newspaper and saw the concert named in The West’s ten best performances of the entire year in Western Australia.

“This was one of the most exciting and moving performances of Beethoven’s Seventh Symphony I’ve had the pleasure of hearing … for sheer intimacy and sensuousness , give me a shed over a concert hall any day.” William Yeoman, The West Australian.

Under the baton of Jessica Gethin, and leadership of Paul Wright, the audience can expect a unique concert experience performed by the full 34-piece Chamber Orchestra where freight trains rattle past and ships sailing into Fremantle Harbour provide the backdrop for an evening of music performed by some of WA’s most talented classical musicians.

With program announcements to come, the evening will be an eclectic mix of classical with a dash of contemporary – a fitting way to ensure a truly Germanic evening with a hint of Oktoberfest!

This project has been funded by the Western Australian Government through the Department of Culture and the Arts.