The music theatre event of 2021

The legendary ‘Grand Master Of A Show’ (Newsweek) will make its debut at the Perth Concert Hall in a gripping concert style production that celebrates the legendary pop-rock musical score. Presented by Perth Symphony Orchestra (Stardust: The Music of David Bowie) & StoreyBoard Entertainment (Barnum, Follies), CHESS THE MUSICAL will feature a special twenty-five piece West-End orchestration of the score which promises to be one of the theatrical highlights of 2021.

Set during the height of the Cold War, two of the world’s greatest chess players, one American, one Russian, find themselves pawns of their own governments’ sparring in the turbulent East-West political arena.

As the game climaxes and stakes rise, Florence Vassey, a Hungarian-born refugee finds herself caught in the hurricane between the two grandmasters, in a triangle of both love and power.

With music by Benny Anderson & Björn Ulvaeus (ABBA), and book and lyrics by Tim Rice (The Lion King, EVITA); CHESS THE MUSICAL is arguably one of the most powerful and impactful rock-opera scores ever heard on the musical theatre stage. Featuring global smash hits ‘I Know Him So Well’ and ‘One Night In Bangkok’, this extraordinary sung-through production also features much-loved standards such as ‘Anthem’, ‘Someone Else’s Story’, ‘Heaven Help My Heart’ and ‘Pity The Child’.

This powerful new production of CHESS THE MUSICAL will be the music theatre event of 2021 that cannot be missed. 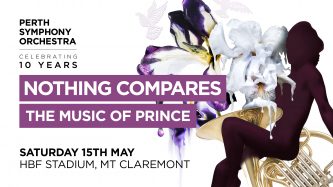 Nothing Compares: The Music of Prince