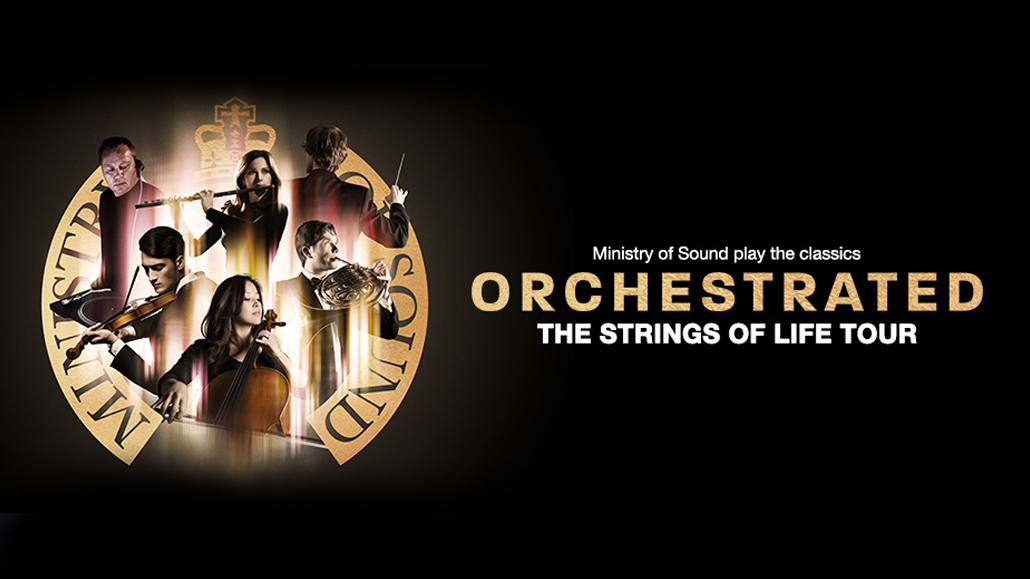 Frontier Touring & Soapbox Events are thrilled to announce that Ministry of Sound’s Orchestrated will return to Perth this December with ‘The Strings Of Life Tour’, following the overwhelming success of the event’s first Perth show. Joining Perth Symphony Orchestra for this concert series will be guest vocalists Sam Sparro, Crystal Waters and Alison Limerick, plus a DJ set West Australian DJ/producer Dr Packer.

As a celebration of the most beloved dancefloor moments of the past 25 years, Orchestrated rearranges, remixes and reimagines classic tracks with a live symphony orchestra and special guest vocalists for a night of pure celebration. Featuring classic dance hits from the likes of Fatboy Slim, Moby, Eric Prydz and Robert Miles, Orchestrated is guaranteed to provide an unforgettable evening.

Grammy and ARIA Award nominated singer, songwriter and producer, Sam Sparro – the unique voice behind the multi-platinum single ‘Black and Gold’ – will also be joining the tour as a guest vocalist. Sparro has collaborated with the likes of Mark Ronson, Kylie Minogue, Aluna George, Basement Jaxx, Nile Rodgers, Adam Lambert and Honey Dijon, amongst others and recently wrapped up a hugely successful national tour.

Alison Limerick returns to Orchestrated this December following a standout performance earlier this year. Limerick released debut album And Still I Rise in March 1992, that same year she won Best Female Artist at the international DMC Awards and has continued to release a string of hit singles including ‘Time Of Our Lives’ and ‘Where Love Lives’, the latter of which went on to become a 90s phenomenon and global anthem.

Limerick continues to record and sing live and can be found singing soul/jazz in various venues across Europe. Her latest collaboration, the track ‘Bye Bye’ with New York DJ Lenny Fontana is out now and includes the recent Phats & Small remix.

In what will be a nostalgic throwback to some of the greatest party anthems of all time, Orchestrated is sure to generate some serious foot movement bringing friends together to relive the heady days of clubbing in a true celebration of dance music,  truly a night to remember from start to end as it makes its way across the country.