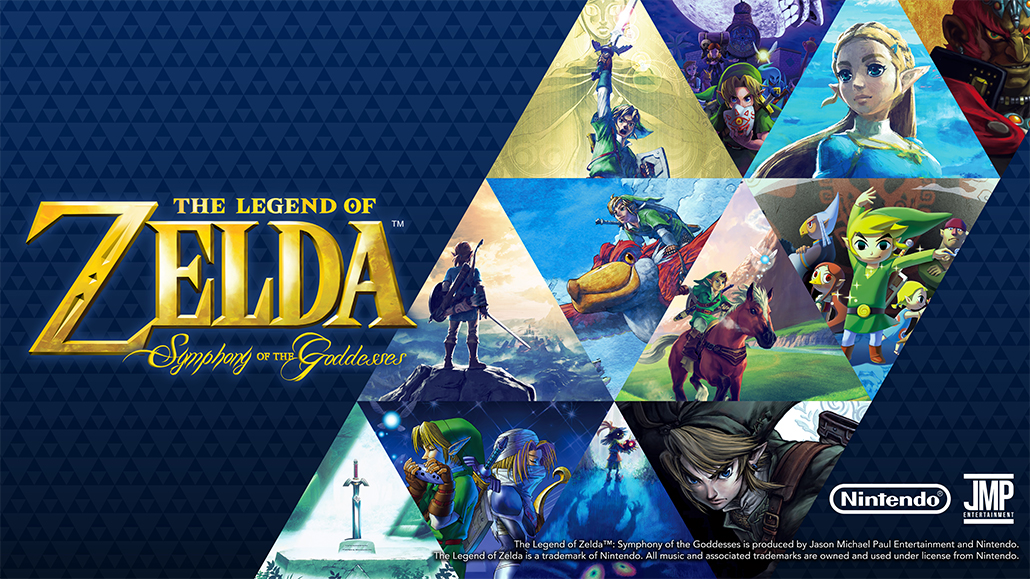 The Legend of Zelda: Symphony of the Goddesses

Zelda Symphony Heads Down Under for the First Time in Four Years!

We are excited to announce that PSO will be performing as part of The Legend of Zelda: Symphony of the Goddesses show at the Riverside Theatre on the 24th of August, 2017. The upcoming show will feature an all new movement from The Legend of Zelda: Skyward Sword, an updated overture, and the return of a classic that might just make some wishes come true! As always, new merchandise is also available in the Zelda Symphony shop.

“We’re really going all-out this year to celebrate the newly released The Legend of Zelda: Breath of the Wild. Besides all the new stuff, we’re also bringing back the Ballad of the Wind Fish from the original program, which has been a big request from fans for a while.”

Celebrating 30 years of stirring virtual adventure and memorable soundtracks with live orchestral renditions with oversight and approval from the game’s developers and composers, The Symphony of the Goddesses is now in its fourth season.

Throughout the evening, a video collage syncs up with the adventurous tunes to spotlight exciting moments from the venerable franchise.

Fans can view a complete tour schedule with new show dates and ticketing information, as well as sign up for a regularly updated digital newsletter here.