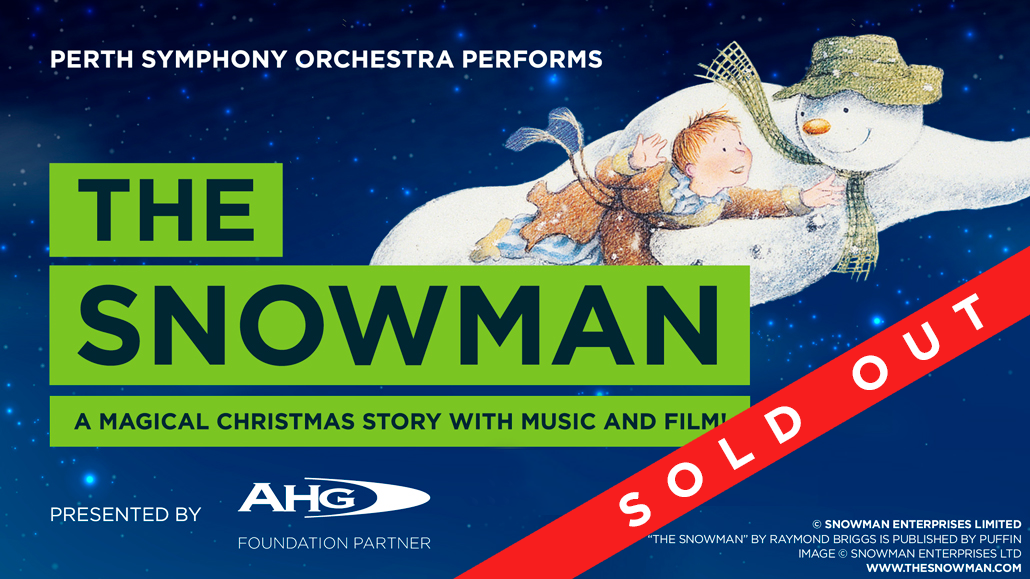 A magical Christmas story with music and film!

Perth Symphony brings the magic of Christmas alive with their performance of The Snowman.
This beautiful Academy Award-nominated film, based on Raymond Briggs’ famous book, depicts the story of a young boy who builds a Snowman on the night before Christmas.

This story is a well known Christmas classic, with the original book selling over 8.5 million copies worldwide.

‘Walking in the Air’ will be performed by the winner of our ‘Search for a Star’ boy soprano competition, more information on this coming soon.

The concert will include a delightful introduction to the orchestra – hosted by Chief Conductor – Jessica Gethin, and followed by some Christmas surprises!
We invite you to join us in Scotch College’s Dickinson Centre, which will be transformed, into a winter wonderland.

This magical concert is presented by Foundation Partner AHG, supported by Concert Partner Brownes Dairy and hosted by venue partner Scotch College, the Home of PSO.

We encourage patrons to consider catching public transport as Scotch College is situated right on the train line.
Or perhaps drop off the kids and grandparents for a fun-filled afternoon while you get your last minute Christmas shopping done at Claremont Quarter around the corner!