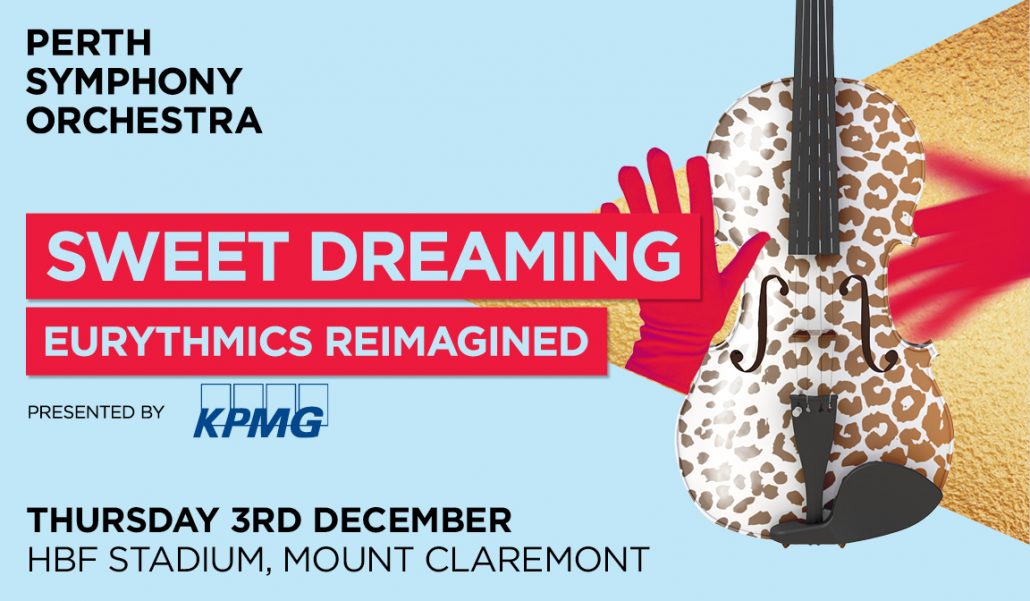 Are you ready for an orchestral party like nothing before?
Perth Symphony welcomes you back to the 80s for Sweet Dreaming: Eurythmics Reimagined.

Perth Symphony would like the thank KPMG for their contribution to this concert, along with Barton Family Foundation and Kim Grist, and acknowledge ongoing support from Foundation Partner AHG, Sustainability Partners Minderoo Foundation and Tim Roberts Giving, and funding from The State of Western Australia. 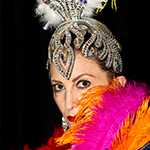 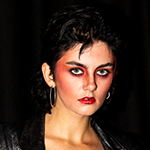 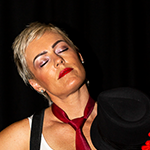 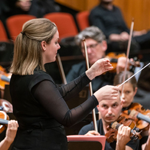 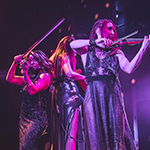 Outside the arena there will be a food vendor present.
Braised Bro’s will be offering pulled pork rolls, pulled beef brisket, beef meatballs, vegetarian arancini and fries.

FREDDIE MAI
Eurythmics Reimagined takes on a unique chronological format. Playing the spunky new wave synth-pop Lennox of the early 80s will be Irish non-binary vocalist Freddie Mai. Making waves in 2019 with the jazz/soul outfit Bass Lemon, Mai grew up in Fremantle. Renowned for their soulful vocals and powerful presence, Freddie has become a mainstay in the Perth scene. Since the dissolution of Bass Lemon, Freddie focuses purely on writing new music and producing their own solo project.

Sabrina Davies brings with her one of Perth’s biggest voices as well as history of singing Annie Lennox. While she’s best known for her wildly successful ‘P!nked’ and Lady Gaga shows, she grew up a child of the 80s on influences like Kate Bush, Eurythmics and divas Aretha Franklin and Whitney Houston. When tomorrow finally comes, we can’t imagine a better singer to own that iconic blonde crop and bring the Miracle of Love, Thorn in My Side, Would I Lie to You and so many of the biggest hits of the mid-80s to life.

Ali Bodycoat is well regarded as one of Western Australia’s most respected vocalists. She has established herself as an unrivalled force in the local music and artistic industry – a constant on the West Australian jazz fest scene, Ali returns regularly to the Perth International Jazz Festival, Jazz by the Bay and has performed in over six Fringe festivals, winning Best WA Cabaret for her original show, Minor Major Marlene in 2017, amongst many other Fringe awards. Ali has performed for the Melbourne Symphony Orchestra Gala at the iconic Melbourne Town Hall in October 2018 and was guest vocalist at the Perth Festival 2020 launch.

We would like to thank Concert Partner, Wright Burt Foundation and Government Partners, Lotterywest and the Department of Local Government, Sport and Cultural Industries.
As always, a special thanks also to Foundation Partner AHG and Sustainability Partners Minderoo Foundation and Tim Roberts Giving.

Up next from Perth Symphony…

Perth Symphony was founded in 2011 and is known as the orchestra that breaks the rules. With over 220 musicians regularly employed by us, we are creating a home for WA talent.

We play in places and spaces you’d never expect to find an orchestra, from sheds to warehouses, foyers to art deco cinemas and aeroplane hangers! We perform music from Mozart to Metallica, Björk to Beethoven and everything in between. Our mission is ‘Music for Everyone’ and by taking the orchestra out of the concert hall and into communities across WA, we are proud to have performed to over 250,000 people so far. Stay tuned, as this is just the beginning!

On your seat is a donation form.  As we do not receive any Government funding, we exist because you, our fans, our patrons, our supporters have want us around, love our concerts, and, like us, believes music changes lives for the better.
If you would like to make a donation, please fill in the donation form and hand to the staff at the merchandise table. You can also make a cash donation here. As Perth Symphony is a registered charity, all donations over $2 are tax deductible. We thank you for your generosity.